ake news by Amanda Ober is a type of hoax or deliberate spread of misinformation  via  the news media and was with the intent to mislead  in order to gain financially by producing eye-catching  headlines  in order to increase readership and, in internet-based stories, online sharing.  In the latter case, profit is made in a similar fashion to clickbait and relies on ad-revenue generated regardless of the veracity of the published storyies.

Dr. Jain was determined to file the suit against her and channel 2 news but her commitment to the community is to serve the community and not running around in to the Court.

Beware of Amanda Ober’s fake news as it happenned in Dr. jain’s case and specially for President Trump.

Relationship wherein  one person has an obligation to act for another’s benefit. A fiduciary duty is a legal duty to act solely in another party’s interests. Parties owing this duty are called fiduciaries. The individuals to whom they owe a duty are called principals. Code officers have fiduciary duty  to the taxpayers. Dr. Usha Jain is running forr commissioner for district 1 and want to educate the community about fiduciary duty of the Govt. official to taxpayers.

Dr. Jain belives that Govt . officials including the code officers owes a duty to the taxpayer to do the right job and work with the citizens so community can be better.

Harassment of the citizens would be cosedered a violation of the  fiduciary duty.

Dr. Usha Jain interviewed one of her patient Dr. Alvin White as he was leaving Dr. Jain’s office and Dr. Jain asked him to explain the fiduciary duty in simple words to the citizens.

Amanda Ober gave wrong news which challanges the competency of the news anchor WESH 2 news. Jayma Ambe Hotel is most affordable hotel on Colonial Drive. The hotel offers extended stay in the community. It is not a Marriot Hotel. The room is given to you clean and then your job is to keep it clean. If you do not keep it clean then you would produce roaches. Be civilized and do not trash the room. If you want to trash the room then blame it to yourself.  Say no to news reporter Amanda Ober if she pushes you to do the interview. Do not pacify her needs. Moreover it is true that you are responsible for your own room and if you do not like then go to another hotel. There are many hotel on Colonial Drive. It is very evident from all these that Amanda had a bad malice agianst theowners of the hotel.

Dr. Usha Jain was very devastated about Amanda Ober’s wrong news. How  Amanda Ober can get away with these kind of news. Jury will be out.

Dr. Jain warned Amanda not to do the wrong things but Amanda Ober did not care as if somebody ordered her to do the story.

Anyway, Dr. Jain is doing her story now as Dr. Jain’s goal is to do her medicine and not ot rebutt Amanda. Dr. Jain decided that when she has time she will take care of the situation properly.

This is the video of the man and you can see that Amanda Ober was wrong.

Amanda Ober Wesh 2 news is it political driven. Dr. Usha Jain who is an expert doctor in emergency medicine and anti-aging medicine was in news of Amanda Ober about Jayma Ambe Hotel. Amanda already knew or should have known that Dr. Jain is not the owner of the hotel. Amanda Ober’s wrong news about Dr. Jain had to be politically driven. Dr. Usha jain is running for the commissioner and why she had to bring that issue in the news., ONLY TIME WILL TELL THE CITIZENS.  This is a fight of Dr. Jain for truth, honesty and principles and let us see who would be the winner. 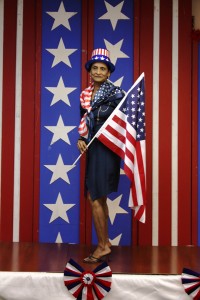 Amanda Ober is a news anchor but her news are not trustworthy. She gave the news about Dr. Usha Jain who is an expert in emergency medicine and anti-aging. Amanda tried to her best to degrade but Dr. Jain is not an owner of the hotel. Amanda tried to walk in DR. jain’s  medical center and tried to ask her questions even when Dr. Usha Jain indicated that she was working. Amand Ober did not wait for the owner at the Palace hotel and wanted to get the information at the medical center. How horrible!!

Dr. Usha Jain is a medical doctor and does not own any hotel which was shown by Amanda Ober in the news. She went after Dr. Jain to give the publicity of Dr. Jain. Amanda Ober had no common sense and did not go in the County record to show who is the owner. If she wanted to give the news then her duty was to talk to the owner and not to harass Dr. Usha Jain who deals with the emergencies all day. Dr. Jains patient complained about Wesh 2 news parking on the side walk. Dr. Jain had to stop her work and had to go outside to talk to Amanda who was parked on the side walk.  Who gave her an authority to her to park on the side walk.